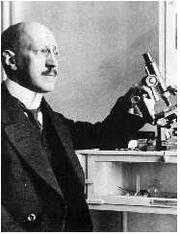 Having coined the term “sexology,” Iwan Bloch is often credited as the father of the discipline, as his works went on to influence other sexologists, including Magnus Hirschfeld. As well as helping to establish the discipline of sexology, Bloch is remembered as having published the Marquis de Sade’s (from whose name comes the term “sadism”) extremely controversial (and often banned) novel The 120 Days of Sodom, which highlights the sexual adventures, crimes, and violence of four libertines in 18th century France. Later sexologists and researchers of sexual psychopathologies cite Bloch’s publication of the novel (which was originally done under a pseudonym) as influencing and shaping their research (White, 1972). Bloch is also well-known for his inclusion of historical and anthropological data when researching sex and sexuality; he is among the first to consider the social and cultural implications of and influences on sex (Reiss, 1982).

Very little is known about Bloch’s personal life. He was born in 1872 and studied all over Germany before graduating from Wuerzburg University in 1896 (White, 1972). He worked as a dermatologist and it’s not known what initially piqued his interest in studying sexuality. His book The Sexual Life of Our Time in Relation to Modern Civilization, published in 1907, is regarded as popularizing the term “sexology,” and is considered the best survey of sexual knowledge at the time (Bullough, 1994).

Bloch devotes much of The Sexual Life of Our Time to the study of female sexuality, though he is a slave to the Victorian ideals of the time as much as Krafft-Ebing. He believes, along with most other sex researchers of the time, that only men are sexually aggressive and that all women are sexually passive and have no sexual desire (if healthy and normal) outside of reproduction. Interestingly, however, Bloch dedicates an entire chapter to misogyny, highlighting its historical and cultural implications and differentiating it from homosexuality (homosexual men were believed by some to simply be “woman-haters”), while also decrying the influence of misogyny in the realm of science. Though far from the radical feminists of the time, Bloch does seem to be a supporter of  the women’s movement, saying:

…I merely indicate the signs of the times when I say that woman also is awakening! Woman is awakening to the entirely new existence of a free personality, conscious of her rights and of her duties. Woman, also, will have her share in the content and in the tasks of life; she will not enslave us, as the misogynists clamour, for she wishes to see free men by her side. What would become of woman if men became slaves? How could slaves give love? (pg. 486)

Blaming Christianity for modern misogyny, Bloch also differs from other researchers in that religion and historical religious texts are an important source of sexual information, including that of sacred prostitution.

Though in many ways Bloch was similar to Krafft-Ebing, they differed in the belief that all sexual deviance should be considered perverse or a sign of mental illness (Bullough, 1994; Bloch, 1909). Considering sexual variations to be normal, Bloch writes (1907):

I have been led to the firm conviction, which I must now put forward as a scientific truth based upon the teaching of anthropology, folk-lore, and the history of civilization, that at the present day, in our time so widely decried as “nervous,” “degenerate,” and “overcivilized,” not only are there no more sexually “perverse” persons than there were in former days let us think only of the middle ages, with their frightful excesses, appearing in epidemic diffusion but, further, that the greater part of the perversions of the present day are not to be regarded as “degenerations” at all…(pg. 456-457)

Bloch, along with other early sexologists, is largely written out of the history of psychology, despite his wide influence. Freud credited Bloch with placing an anthropological emphasis on the field of sexology, which helped expand the discipline and broaden the use of data from other fields, such as sociology, psychology, and history. Bloch’s extensive work on the subject of sex and sexuality was cut short by his death in 1922(White, 1972).